Each week we will take a look at the Top 10 Highest priced active items on Ebay’s auction format from the modern baseball card era.

The following batters all hit 30 Home Runs or more during the 2011 Minor League Baseball Season.

With the 2011 minor league season complete we check in on the progress of each of the Arizona Diamondbacks preseason Top 15 prospects as ranked by our prospect ranker J.P. Schwartz The post season grading report was done by the publisher of Top Prospect Alert, not Mr. Schwartz, and reflects only the 2011 season and not future upside or downside of the individual prospect. Our 2012 preseason rankings will be published in the coming months.

#3 Tyler Skaggs GRADE A
Skaggs went a combined 9-6 with a 2.96ERA between the High-A Visalia Oaks and the Double-A Mobile Bay Bears. He struck out 198 batters while walking 49 in 158.1 innings. Opposing hitters batted .218 off of Skaggs.

#13 Robbie Rowland GRADE D
Rowland went 2-6 with a 8.00ERA in 63 innings for Rookie League Missoula. He walked 16 and struck out 46. Opposing hitters batted a whopping .335 off of Rowland on the season including .377 with runners in scoring position.

#14 Blake Perry GRADE C
Perry went a combined 2-5 with a 4.86 ERA in 74 innings between the AZL Diamondbacks at the Short Season Yakima Bears. He walked 24 batters while striking out 57. Opposing hitters batted .251 against him this season.

#15 Zach Walters TRADED TO WASHINGTON
Walters was traded to the Washington Nationals in July after hitting .302 with 27 Doubles, 6 Triples, 9 Home Runs, and 56 RBI’s in 97 Games for the Low-A South Bend Silver Hawks. Following the trade he hit .293 in 30 games as a member of the Potomac Nationals.

Each week we will take a look at the Top 10 Highest priced active items on Ebay’s auction format from the modern baseball card era.

It was quite a debut week for Arizona Diamondbacks rookie slugger Paul Goldschmidt. The 23 year old first baseman got a hit in his first big league at-bat and then hit his first major league Home Run the following night off none other than San Francisco Giants former Cy Young Award winner Tim Lincecum. Goldschmidt had 30 Home Runs and 94 RBI’s for the Double-A Mobile Bay Bears before getting the call to join the Diamondbacks. In the story, Goldschmidt talks about his debut, his approach at the plate, and his road through the minor leagues. 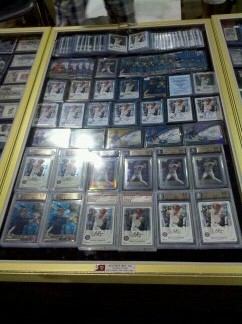 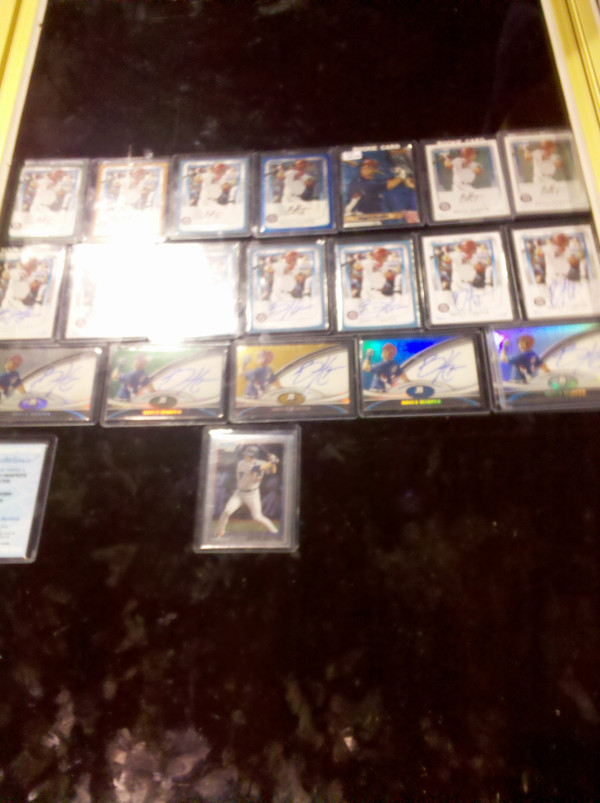